The internet has been a great way for us to share our experiences with readers across the world and to maintain friendships over oceans and continents. I have been reading The Automatic Earth for years, and almost exactly two years ago Nicole Foss and Raul Ilagi Meijer gave a presentation here in Whanganui and stayed with us in our home. Raul has been writing up a storm lately – a series called Debt Rattle. Two weeks ago I sent him a short article on my personal take on debt just for a laugh, because he and Nicole usually write about Very Big Picture issues. But alas, everything is connected, and Raul managed to include a part of my article as a bit of an answer to his own question: “What do we want to grow into?”

Debt Rattle Apr 14 2014: The Parable Of The Blind Man And The Steep Cliff

But not all is black out there. 10 days ago, our Kiwi friend Nelson Lebo (Nicole and I stayed with him and his wonderful little family for a few days 2 years ago) sent me this article he wrote for the Wanganui Chronicle. Some people answer the question “What Do We Want To Grow Into?” simply by being it in their daily lives. They live the answer.

My position is that more people are receptive to messages of saving money than “saving the planet”, and that in many cases both are possible by designing win-win situations. For example, I graduated from University in 1990 with student loans and without a car. Some unexplained thrifty gene in my DNA told me to forgo buying a car until I had paid off my loans. In other words, don’t take on more debt until you’ve paid off the existing debt.

That experience was faster and less painful than I expected, so I carried on living car-free for seven more years before buying my brother’s old ute for $500. I continued bicycling and taking public transit for most of my transport needs but drove about twice each month until early 2000. At that point, after living nearly car-free for over a decade I had saved enough money to buy a small farm…on a teacher’s salary. To clarify, this was by no means a flash farm, and I did work every school holiday for most of those years to earn and save more money. On 1st June 2000 I took title of 38 acres and a 214 year-old farmhouse. I called it Pedal Power Farm.

Over the next eight years I used eco-thrifty thinking and lots of blood, sweat and tears to renovate the farmhouse, build a post and beam barn by hand, and improve soil fertility. In 2008 – at the start of the housing crisis in America – I sold the farm for nearly twice what I paid. Proceeds of the sale paid for four years of doctoral research at Waikato, a second-hand Subaru wagon, and a fully renovated but once run-down villa in Castlecliff.

While car-free living cannot be attributed for all of this, it provided a platform to get out of debt and to get onto the ‘property ladder’ debt-free. Other contributing factors were fiscal conservatism and working my bum off for 18 years. At 45 I am semi-retired with plenty of time to spend with my toddler daughter and to volunteer in the community. If you think about it carefully enough, I suppose you are reading these words in today’s paper because I made a choice 24 years ago to ride a bike. 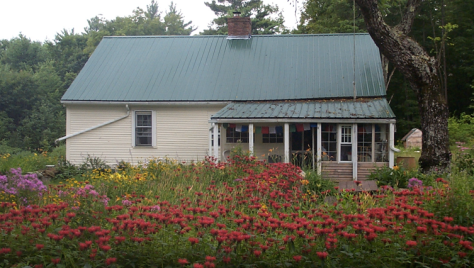