“It takes money to make money” – a phrase so common it’s cliché. It is an ideology that drove growth during the 20th Century and resulted in multiple boom and bust cycles. It is a philosophy fueled by cheap energy and cheap money (ie, low interest rates).

Taken to the extreme it nearly crashed the global economy six years ago and has resulted in an extended economic slowdown. New Zealand’s self-proclaimed “Rock Star Economy” during this time is a result of central government running up massive debt and the temporary effect of the Christchurch rebuild.

Data suggests that nearly all of the growth experienced in the country during the last half decade has been in Christchurch and Auckland. The provinces – and particularly Wanganui – have not been part of “the band” but surprisingly remain avid growth “groupies” by clinging to inappropriate economic models.

Judging from the constant whinging we hear about the lack of “growth” in our city and how unfair it is that central government is abandoning the regions, one might think we are a town of pessimists. This glass-half-empty thinking does not serve our community and actually holds back economic development and innovation.

However, my observation is that this argument breaks down along the same lines as the climate change “debate.” In other words, those people who have chosen to ignore the overwhelming agreement by atmospheric scientists that humanity is altering the planet’s climate are the same ones who deny that Wanganui needs to consider different ways of thinking about our local economy. From this perspective, whatever I write in this column won’t make a bloody bit of difference. But since when has that stopped me?

As a researcher, I believe that robust arguments are supported with data and facts. From this perspective, let’s look at some examples of different economic strategies locally and nationally.

The Chronicle recently reported that the uptake of ultrafast internet services in Whanganui has been slower than “forecast” despite what I have observed as a massive, prolonged and shadowy PR campaign. For many months I chuckled while reading un-authored articles in the free weekly papers making all sorts of dubious claims about ultrafast internet services. I would suggest that the less-than-stellar result despite substantial Council support at rate payers’ expense is because the entire enterprise was undertaken under an inappropriate economic model. (Whingers let out a grown now.)

Alternatively, Air New Zealand gives us an example of innovative glass-half-full thinking that I would describe as “It takes money to save money.” Earlier this year the airline invested massively in new, fuel efficient Boeing 787-9 Dreamliner aircraft. Instead of chasing elusive growth and profits, Air NZ has identified money that already exists within its budget (fuel costs) and invested in reaping savings through investment. 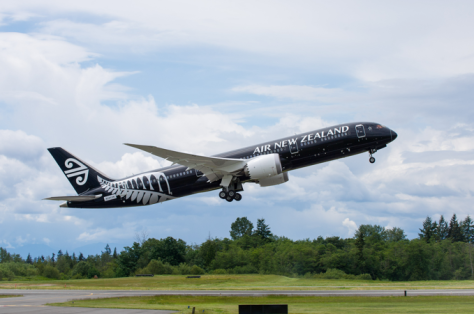 Along the same lines, Wanganui collectively sends tens of millions of dollars annually to energy companies in Auckland and Christchurch. As such, we are voluntarily impoverishing ourselves and enriching these already wealthy centres. Why?

Over the last three years I have developed a working model of an affordable energy-efficient home that uses less than a quarter of the power of the average New Zealand home. I have calculated that the renovated villa in Castlecliff will save roughly $30,000 in electricity over ten years compared with the house next door. Those savings exceed that portion of the renovation budget spent on efficiency and solar energy, and represent a rate of return far in excess of the best term deposit in the country.

In addition, our renovation pumped approximately $35,000 into the Whanganui economy by supporting local businesses and tradespersons. Employees of those businesses and the tradies presumably spent some of those dollars within the local economy, and so on and so on.

One thought on “Keep Calm and Think Different: It Takes Money to Save Money, Part 1”