In my experience, the sustainability movement suffers in two primary ways: misinterpretation and low stamina.

On the first point, we hear local officials yammering on about “sustainable growth” when in fact there is no such thing. What they mean is sustaining growth, which is the dominant message we get from the WDC despite advice to the contrary from economics experts. Of course Council has every right to put forth any message it wants, but it would be most helpful not to confuse things by placing the words sustainable and growth next to one another.

On the second point – low stamina – we see many sustainability initiatives ultimately fail in the long run. They may start with a bang but often end with a fizzle. In other words, it is very hard to sustain sustainability.

With the rise of digital cameras, smart phones, and social media such a Facebook, we have seen a proliferation of cool photos of tidy gardens and interesting things made out of shipping palettes taken on the day they were built – looking all shiny and new. These often go viral with likes and re-likes and shares and re-shares.

I am always left wondering, “What will they look like after two years?” 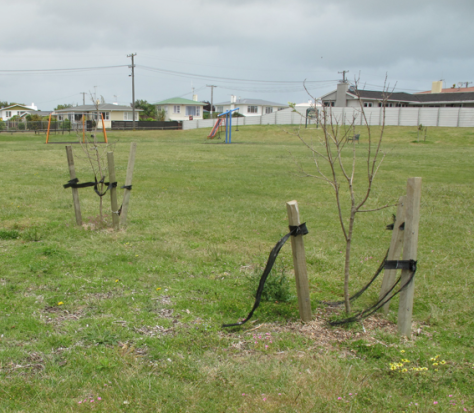 Doing a one-off project is easy. Maintaining it for the long term is hard. By definition, sustainability relates to the latter, and this is where I have seen it fall down time after time due to lack of stamina.

For a few years I have been watching fruit trees die at a poorly designed community garden at the top of Carson Street. Knowing their ultimate fate, I asked if I could distribute the suffering trees to homes around the Castlecliff community. I was told no. Finally, after all but three of the fruit trees had died I was given permission to rescue the survivors. I dug the trees from the abandoned garden and relocated them.

Experiences like this have provided me with a realistic caution when approached by groups or individuals to get involved with this or that project. I always say yes, but I am no longer as free and generous with my time as I once was.

On the other side of the coin, however, I have developed an increased level of respect for projects that have stood the test of time, especially those that are sustained by voluntary efforts. Some examples in our fair city include the River Exchange and Barter System (REBS), the Sustainable Whanganui Trust, Mark Christensen’s weekly working bees, and our annual Permaculture Weekend.

Aside from extraordinary volunteer efforts, the other way to sustain sustainability is to make it institutional. In other words make it part of the kaupapa of an organization. In order for this to happen there needs to be strong leadership, a member of the organisation who will take it on, and good design.

A local example of this is the New Zealand Masters Games. During the 2013 edition of the Games in Whanganui a successful recycling effort diverted over 19 jumbo bins of rubbish from landfill. We hope to replicate this 95% recovery rate of materials this year, but it would be impossible without strong leadership and support from within the organisation. 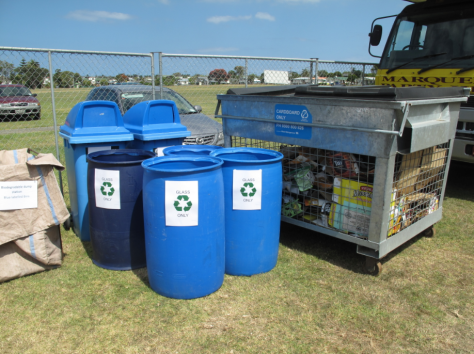 With another world-class waste management result this year, the deeper the kaupapa of waste minimisation permeates the event, just as it has done with SKIP Wanganui’s annual Children’s Day. At some point the discussion changes from, “Should we do recycling and composting again this year?” to “This is what we do.” That is the point at which sustainability is sustained.