This week’s column is special to me because it’s about my first home in New Hampshire, USA. The house was built in 1782. I bought it in 2000. Locally, the style of the home is called a Centre-Chimney Cape Cod. Cape Cod is a peninsula extending into the Atlantic Ocean from Boston, Massachusetts. Summers on the Cape are brilliant, but winters can be brutal. Early residents built their homes around a huge chimney containing up to four fireplaces. (You read that correctly.) 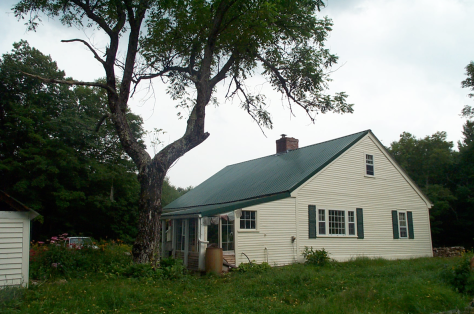 As the first half of the name implies, chimneys were located at the geographical centre of the home, surrounded by living spaces. Put another way, the fire(s) were specifically located as far away from external walls as possible. Put simply, this is good home design. It is so obvious, in fact, you may wonder why I bring it up at all. Apparently, some time between 1782 and the present day, architects forgot where to place fixed heating devices. Every week I see a dozen homes with poor heater placement. The classic example is the flued gas heater in the lounge at one extreme end of a long rectangular house. Meanwhile the bedrooms at far end of the home are frigid and more than likely mouldy as well. A somewhat misguided solution to this situation was to put an unflued gas heater in the hall between the bedrooms.

While on the surface the location of the heater may seem appropriate, there are two flaws: 1) unflued gas heaters release 1 litre of water per hour into a home often contributing to the mouldy walls in those far flung bedrooms; 2) a hall may be central to a home, but it is not a living space. Another brilliant aspect of the design of my 18th Century home is that it had no hallways. Just four rooms around a central chimney – elegant simplicity and a lesson for today’s architects.

Special Note: Last week I departed from what was meant to be the 4th example of good home design from around the world (today’s column) to discuss the issue of indoor moisture caused by rising damp. Because of the rain we’ve had recently, I’m afraid that rising damp will be a huge problem for our region for the rest of this winter. Soils are saturated everywhere and it will be summer before they are dried. If your home has been especially damp lately, please ring me at the number below.