Suss out: to sort out, to fix 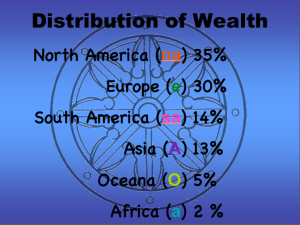 The above two slides are from our presentation to the young friends (Quakers) tonight called: “Be the change”. I read an article from the Guardian citing a UN report:

“The richest 1% of adults in the world own 40% of the planet’s wealth… The report found the richest 10% of adults accounted for 85% of the world total of global assets. Half the world’s adult population, however, owned barely 1% of global wealth. Near the bottom of the list were India, with per capita wealth of $1,100, and Indonesia with assets per head of $1,400.”

The world is watching US lawmakers, businessmen, and consumers to see how they handle themselves in crisis. Maybe it is time for us to reevaluate our way of operating. Perhaps it is time for everyone to take just a few steps down the eightfold path and learn some lessons from the Buddha. The greed that has placed so much wealth in the hands of so few and has caused this faulty financial system can be changed on an individual level. Be the change you want to see!

One thought on “Can we suss this out?”