According to usmarriagelaws.com, in Wayne county, PA: “Any ordained minister, priest or rabbi of any regularly established church or congregation, Judges, Justices of Peace, and Wayne County Clerks or their appointed Deputies may perform wedding ceremonies. Mayors of cities and boroughs are also authorized to perform marriage ceremonies.”

So we were looking for priest, rabbi, deputy or mayor. Sounds like the beginning of a bad joke, or the casting call for a Village People revival band. 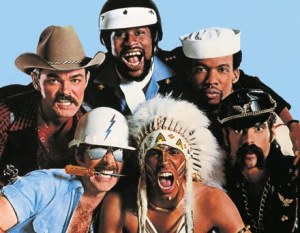 If I had my choice, we would definitely be married by the construction worker. He’s rad.

Anyway, when we looked at all of our friends and family, surprisingly there weren’t any priests, rabbis, deputies, or mayors amongst them. What gives?

But then I remembered that one of my friends got ordained on-line to marry his sister. Not actually marry his sister, but do the ceremony. You know what I meant. I kind of expected it to be a long and expensive process, but when I clicked over to the Universal Life Church, I found it was as simple as this:

I like their style. I too find it annoying that people have stopped using capital letters and also think it is fraudulent to ordain an animal without a person’s permission. And, bonus, when you get ordained you get to choose your own title. This means that whoever we choose to do our ceremony can become a “high priestess”, “master”, or (I kid you not) “Jedi Knight”. Sweet.

All kidding aside though, the ease of online ordination meant that we could choose whoever we want to perform our ceremony. So we started thinking about people who know us best, people who would be able to convey our values, people who are well-spoken, people who we would want to honor with this special role. And we came up with two.

Let me introduce you to our wedding officiants: 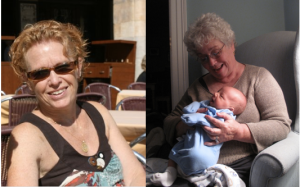 Can I tell you how excited I am that the women who welcomed us into the world will be the ones to welcome us into married life? It’s perfect.

Side story: I was skyping with Mamma Veggie a few weeks ago and she asked “Have you figured out who’s going to marry you yet?”. Of course Mr. Veggie had to pipe up from the background “Well, she better figure out soon, with all the wedding planning she’s doing.” He’s hilarious.

Wondering… Who’s marrying you? How did you pick your officiant? Was the officiant an important decision for you, or not so much?

One thought on “Who’s going to marry you? Mr. Veggie of Course.”