As discussed in my last post, thermal mass helps buffer temperature extremes in passive solar buildings. Including it in new construction is easy, and, may I suggest, that failing to design and build climatically-appropriate passive structures is not only ignorant but borders on criminal. Climate change and peak oil will define the rest of our lives. Enough said.

Our challenge is adding mass to a 100 year-old villa built at a time when folks had more of an excuse to ignore energy efficiency. Although you have to wonder why the English immigrants to New Zealand faced their houses toward the South Pole when clearly the sun was at the back door. I thought all the psychopaths and criminals were sent to Australia.

At this stage in the project we are focusing on increasing our solar gain (as mentioned in a previous post) but plans for adding mass are being carefully laid and materials collected. At this time they include:

Our second-hand, vintage Shacklock multi-fuel cookstove will occupy the northwest-facing wall of the kitchen and include a brick surround for fire protection. The heavy iron stove and brick will only receive direct sunlight in mid-winter when the sun is low in the sky and its rays penetrate deep into the house. In summer, when the sun is high in the sky, direct light is largely excluded from the interior. In true permaculture fashion, the stove and surround will serve multiple functions: cooking, space-heating, water heating, thermal mass and disposal of unpainted wood pulled out during the renovation. Plus, the wife thinks it is cute as hell. 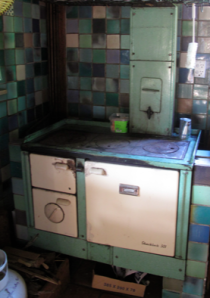 While not everyone can add iron and brick to their home as we plan to do, our next strategy is one that can be installed cheaply and easily by nearly anyone. If you have ever picked up a sheet of Gib (aka ‘drywall,’ ‘Sheetrock’) you know how much mass it contains – a lot! Installing an extra layer of Gib board on top of existing Gib walls is practically invisible and fairly low-cost. Our plan is to add an extra layer of Gib to as many walls as practicable in the northern corner of the house.

Added bonus: Covering up hideous wallpaper with another sheet of Gib saves hours of steaming and scraping.

The next post will include two more strategies we plan to use and one experiment in the making. 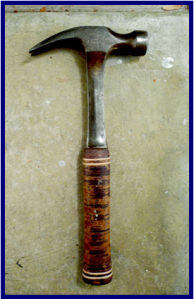