I mentioned mindfulness in my first post as being central to eco-thrifty renovation. Mindfulness in this respect relates to energy consciousness, attention to detail and stewardship of materials. When I was growing up outside of Detroit, the Mormons had a TV advertisement with the tag line, ‘In life, the little things are the big things.’ Maybe Mitt Romney was thinking about that when he signed the Massachusetts Health Care Bill aka ‘Romney-Care.’ (By the way, thanks Mitt.) 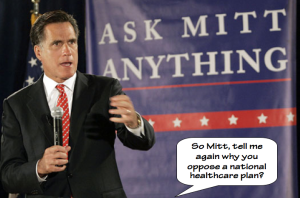 Being eco-thrifty is all about the little things, as you’ll see through our ECO School projects. But in a world of cheap, abundant fossil fuel, humanity can afford to ignore them. ‘Don’t sweat the small stuff’ we’re told.

This week, while I was sweating the small stuff, on three separate occasions I was reminded of mindlessness. A local builder who has been helping me on occasion make sense of the NZ building code told me at least 300 times one day, ‘The fastest way is the best way. That’s what I reckon.’ One of those utterances came while he was wreckin’ a perfectly good ‘four-ba-two’ rafter we were removing. While I would have carefully pried it from the wall and de-nailed it for future re-use, he grabbed a circular saw and ripped through it twice and dropped it to the floor before I could protest. (Not that he would’ve listened anyway.) 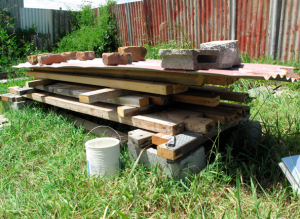 (Note: I am paying him hourly, so I appreciate his need for speed, but personally I do not like to work at the pace of a conventional builder. I often call this type of attitude ‘dumpster mentality’ because most everything ends up in a dumpster which is not necessarily so eco or thrifty.)

(Sub-Note: I thrive off dumpster diving, aka tip-stripping. I have a long and beautiful relationship with it. My mindfulness thrives off of others mindlessness. My greatest joy in life is making something beautiful out of what another has considered worthless rubbish. However, I will welcome the day when ‘dumpster mentality’ has been retired.)

The second reminder came when I was taking a VERY SMALL load of demo material (not reusable, compostable or burnable) to the transfer station. I dropped off two bags, emptying our rented cargo van and then proceeded to re-fill it with shipping palettes, old bricks, 4 x 2s, concrete fence posts, grass clippings and little squares of sod. All of this material was in a small mountain in a corner of the yard, destined to be landfilled or burned. As I loaded the van, the attendant came over to see what I was up to. Referring to the sod, I joked that I was picking up my new lawn. He told me to be sure to water it when I got home. That’s when I explained that I planned to compost the grass clippings and sod in case there was any persistent herbicide and/or noxious weed seeds. He looked at me and said I should just order a load of compost and have it delivered. 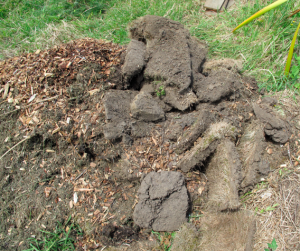 And finally, the last reminder was in reference to what was supposed to be the topic of this post: thermal mass. At one of my favorite op shops (‘opportunity shops,’ ie second-hand stores) I found a pair of stackable wine bottle holders.

Minutes later, at another of my favorite op shops the woman working there commented on my recent purchase. I proudly explained my plan to incorporate a human-scale, seasonal, moveable, eco-thrifty form of thermal mass (water in green wine bottles) as part of our plan. These wine racks, I explained, would be used as a template for others that I would make from scrap wood. In multiples of 4, bottles could be stacked to any desirable height where they would be struck by the low winter sun, and then removed entirely for the summer season. To my enthusiastic description she replied, ‘Why bother. That won’t make a bit of difference. You should build a trombe wall instead.’

I told her that a trombe wall was an unrealistic option in our case and that the water-filled bottles were just one of five small measures to add mass that, cumulatively, would make a difference. Every bit counts.

If perception is reality, why is it that we perceive the world differently? Each of the well-intentioned people above was genuinely trying to be helpful by offering their sincere advice. But at its heart that advice comes from a lifetime of experience in a world of material abundance. Would their advice to me change had their life experiences been different?

Almost all environmentalists and economists describe a future with higher population and fewer resources to go around. What would someone who grew up in a developing country think of dumpster diving? What would be the advice of someone from the future, living in a resource-constrained world coping with the wastefulness of their forefathers? What’s your advice?