Editors note: This is an opinion piece I wrote for our newspaper, The Wanganui Chronicle, on Monday. Part of an eco-thrifty life is working with our community to move toward fairness and resilience. I have found the newspaper is an excellent forum to address important community issues. 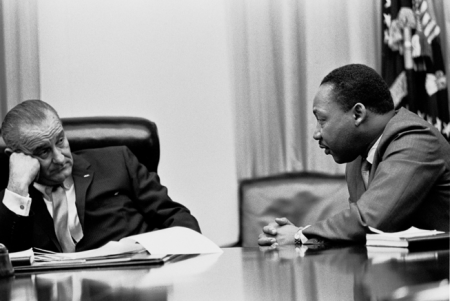 Martin Luther King, Jr. was shot and killed less than three weeks before my birth in April, 1968. Within two months, Robert “Bobby” Kennedy had also died from an assassin’s bullet.

But to say I was born into an age of turmoil is nothing compared to that of my best childhood friend. He was born in Detroit to mixed-race parents seven months after the riots of ’67 that resulted in 43 dead, over 1,000 injured, over 7,000 arrests, and 2,000 buildings destroyed. His mother was two months pregnant at the time.

He was given up for adoption, and spent most of his childhood living next to my family in one of Detroit’s suburbs. Today he is a successful professional with a fabulous wife and two adopted mixed-race children.

There is no way of knowing he would have ended up differently if he had not been given up for adoption, but statistically his chances would not have been good.

Growing up 16 miles outside of downtown, we were in a different world. Throughout the 70’s and 80’s, we watched from a safe distance as jobs, people, and wealth exited the Motor City, leaving behind debt and poverty. Last year, 50 years after King’s famous “I have a dream” speech, Detroit faced the nightmare of bankruptcy.

Research shows that very few people who grow up in poverty ever escape it. Those who go on to achieve great success are rare, and often adopt one of two diametrically-opposed viewpoints: one of empathy for those still in poverty or one of callous disregard for them.

Of the latter, recent research shows that many so-called “self-made” people are not generous with their riches toward those in need, and often adopt right-wing capitalist ideologies. Their thinking may go something like this: “I lifted myself out of that situation, why don’t they.” When interviewed, these people tend to discount luck and timing as factors in their success.

One notable exception to this was Lyndon B. Johnson, who took over as President after the assassination of John F. Kennedy. Fifty years ago this month, his State of the Union address included the declaration of a War on Poverty in America. 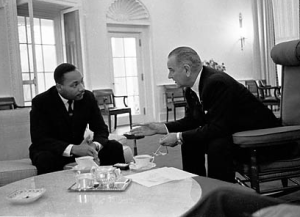 Johnson, who spent much of his childhood living in poverty, said in his speech that the causes of poverty may lie “in a lack of education and training, in a lack of medical care and housing, in a lack of decent communities in which to live.”

He went on to state that too many people were “living on the outskirts of hope”: 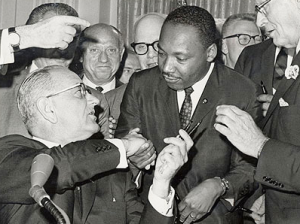 Although my best friend still experienced racism in our suburban community, he had a warm and dry home, good medical care, and an excellent education. Taking poverty out of the equation, the color of his skin has not in itself held him back from achieving many successes in his life.

I am sure that New Zealand is full of similar stories, but unfortunately we also hear too many tales of poverty in this nation and in this city. I believe there is ample evidence that the Wanganui District Council rates structure exacerbates poverty in our community, and that it is one of the few things that our councilors can address to actually improve the quality of life for many residents.

While not declaring war on an unjust and unsustainable rates structure, I would not hesitate to call it a skirmish. I am eager to hear from all those who wish to join me, especially sitting councilors who made statements about rates during their recent campaigns and/or any councilors who see themselves as left-of-centre.