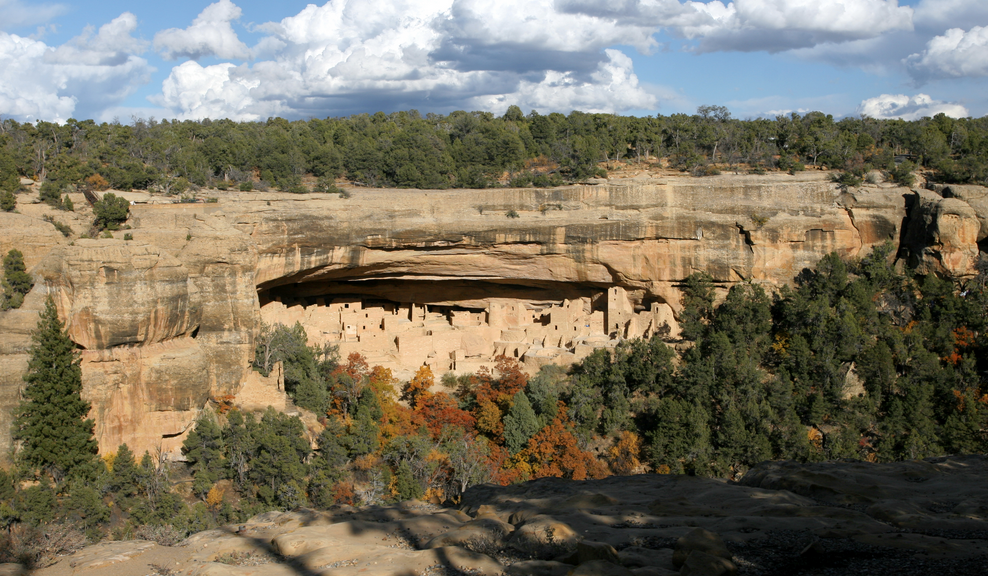 Editor’s note: This is the first of an eight part series.

Good home design is not rocket science. Some would say it’s a matter of common sense. But sometimes a lot of bells and whistles get in the way of common sense and we have to step back for a moment. As long as we’re stepping back, let’s step way back – 1,000 years back – to Mesa Verde, Colorado and the cliff dwellings of the “Ancestral Pueblo Peoples” also known as the Anasazi.

Mesa Verde is located in the Four Corners Region of the U.S. where the states of Colorado, New Mexico, Arizona and Utah meet. Temperatures can reach 40 degrees in summer and minus 10 in winter. In an average year snow can fall during parts of seven months.

Given the building technology available in 1015, what constitutes good home design and how did the Anasazi accomplish it?

One reason that Mesa Verde was attractive to them was a series of south-facing (toward the equator) cliffs that were warm in winter and cool in summer. “What’s this?” you say. How so?

It all has to do with sun angles. During summer the sun is high in the sky and is largely excluded from the caves in the same way that wide eaves exclude the hot sun from a well designed home.

In the winter, however, the sun is low in the sky and its warming rays can penetrate deep into the caves providing warmth and light to the occupants. This would also be true of a well designed home, but unfortunately we do not commonly see it in the existing housing stock of the entire country for that matter.

In design language this is called “passive solar design” because it involves no fancy technology or moving parts. It is passive – just like a cat napping in a sunny window or a sun worshipper lounging on a beach. A well designed passive solar home keeps it’s occupants warm in winter and cool in summer using no power other than the sun. 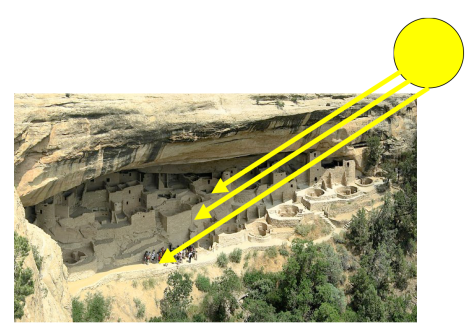 Of course new homes can be designed and built to harness free solar heating in winter while excluding sunlight in summer, but many existing homes can be renovated to improve their solar performance. It’s free energy delivered with no service fee. Why not sign up?

So what have we learned from the Anasazi about good home design?

Next week we’ll fast forward 1,000 years to the same region of the southwestern U.S. desert and see how designers and builders have taken lessons from the Anasazi and added a few of their own.