To every thing there is a season, and a time to every purpose under heaven:

A time to top up ceiling insulation and a time to lay ground vapour barriers; a time for real estate agents to recognize that more and more discriminating house hunters will be looking at warmth and energy performance, and a time to buy domestic LED light bulbs;

How refreshing it was to meet with the team from a local real estate agency recently and see a room full of nodding heads. Our scheduled 30-minute meeting ran to 40 minutes due to a steady stream of questions, but I am used to that. I often say, “The future of buying and selling homes will increasingly include health, comfort and energy performance.” It is inevitable, but the shift won’t necessarily be rapid.

Four years ago I approached a number of local agencies and the President of the Chamber of Commerce on this exact issue. To say there was zero interest at the time would be an understatement. As Bob Dylan has told us, “The times they are a-changing.”

As often is the case, the change is being driven by consumers (house-hunters) instead of sellers or those in the real estate industry itself. However, savvy real estate agents recognize the change and will place themselves at the forefront of the market. That is just smart business.

Rarely do we have the opportunity to witness a so-called light bulb moment in someone else. Less than a week before the meeting described above I found myself poking around a very large, beautiful home valued at roughly twice the Wanganui average with a then skeptical but friendly estate agent.

I had been asked to look at the home by a couple that wanted to ascertain the warmth and comfort of the structure before considering an offer. With camera in hand, we took a tour of all the home’s thermodynamic shortcomings. I could tell the agent was annoyed.

But sometime between minute 30 and minute 50 the proverbial light bulb switched on, and less than a week later I was talking to the agency’s entire team.

My experience with LEDs (Light Emitting Diodes) is more than twice as long as my experience with local estate agents, but the stories are similar. Over a decade ago I learned about LEDs in specialty applications such as museum lighting and emergency lighting, but they were not available for household use.

About six years ago when domestic LEDs started to be imported into New Zealand the prices were high and the quality was variable. They were available only through specialty suppliers. I waited.

About four years ago they started turning up in shops with price tags around $30 each. At that price it was better to stick with CFLs (Compact Florescent Lights) at $5 each. I waited.

Late last year I saw more and more LEDs in the shops with prices under $20 each. I bought two to trial and they worked brilliantly.

In April I bought six more at under $10 each to go into the renovated kitchen of our new home. We worked with a local lighting shop and the best sparky on Earth to come up with a beautiful and cost effective lighting design that my photos can’t give proper justice. The new LEDs provide excellent illumination at a fraction of the cost of traditional incandescent bulbs without the awkward spiral shape of most CFLs. 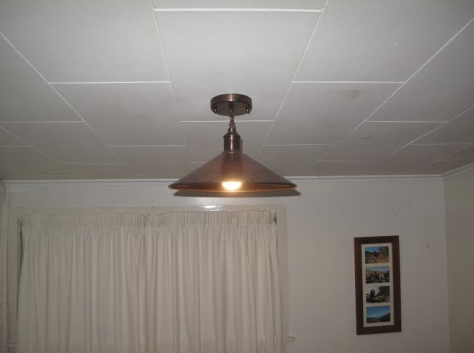