Two of the great thrills of growing up on the outskirts of Detroit were going to see a baseball game at Tiger Stadium and going out for dinner in Greektown. Balls, strikes, homeruns, souvlaki and baklava are etched in my memory.

I recall riding bicycles with my friends to a Greek restaurant for lunch when we were 12 or 13 years old. The owner, Olga, came out to talk to us, and I mentioned that “Olga’s” was my favourite eatery. She immediately gave us a meal ‘on the house’. Who says there’s no such thing as a free lunch?

Times change. Now when I think of Detroit and Greece I think of bankruptcy. In both cases, running up public debt over decades was perceived as a ‘free lunch’. However, it does not appear that all the blame can be laid on Greeks and Detroiters for “living beyond their means” and that lenders should be held accountable for making bad loans. That said, it also appears that successive governments in both locations made bad decisions on how to spend taxes and to run up debts backed by taxpayers. 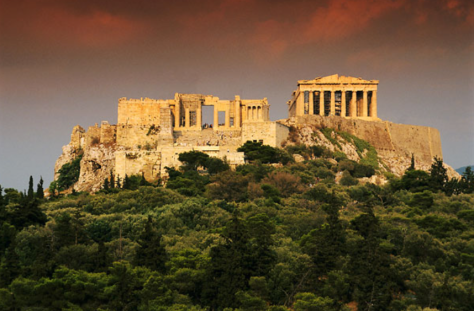 As we have seen at the local level in Wanganui, many decisions made by government are not based on sound research, robust data, or even expert advice. We hear debates about “core business” and “nice-to-haves” and subsidies for certain sectors, programmes, events and businesses.

Everyone likes to be on the receiving end of a subsidy but almost no one enjoys being on the giving end. There are many preconceived notions of how much we should pay in tax and where the monies should go. These notions are often aligned with political ideology.

We often encounter highly-opinionated but under-researched points of view in the Letters page of the Chronicle. A recent letter accused me of asking that my “business” of “adding insulation” be subsidized by our local council. Let’s start with the easy stuff: 1) I don’t have a business; 2) recommending adequate insulation is a small part of what I do; 3) the article referred to in the letter never mentions Wanganui District Council. But to be fair, the letter writer is not known for accuracy.

The responsibility of promoting strong and resilient communities, healthy citizens, public wellbeing, and local financial security does not solely fall to local government. For example, in Wellington the Sustainability Trust administers an excellent programme for healthy home assessments. In Palmerston North, the Red Cross runs a curtain bank. In the Hawkes Bay an incredible consortium of community groups has rallied around the concept of healthy homes. Likewise, in Christchurch, various organisations fulfill various roles along these lines.

But government on many levels can and does get involved. Almost everyone knows that central government has subsidized insulation through EECA for many years. It should be noted that government also subsidizes things like doctor’s visits, dental treatment, research and development, and yacht racing. Our own Horizon’s Regional Council subsidizes public transport as well as the education of farmers on better land care.

In Wellington, the City Council worked cooperatively with Victoria University and the Sustainability Trust to provide 67 free whole-house assessments to “help improve living standards for students.” Of the trial project, Mayor Celia Wade Brown said, “Energy savings, lower carbon emissions and students who are warmer and healthier through the winter months are all positive outcomes from this project.” In a nutshell, Wellington Council chooses to subsidize the health, wellbeing and financial security of community members because it recognizes the wide-ranging benefits.

In our River City subsidies take a different form, focusing on a glass-half-empty vision despite advice from one of New Zealand’s top economists. The current debate around subsidies includes the contentious issues of stop banks, uninsured homes, and art galleries. It’s not worth including the wastewater plant here, but I hope we can agree a million dollar odour fence was an unwise use of rates.

The bottom line is that a vibrant community is only realized through the efforts of the entire community. ‘It takes a village.’ We invite all to come and lend a hand. Those that turn up are those that turn up, but if recent history is any indicator, we are not likely to get a ‘free lunch’ from central government as it appears to have turned its back on the regions.

Additionally, it’s worth noting that Detroit has one of the finest art museums in the world. I’ve heard Athens has some good art too.

Damp homes are set to have a major impact on our community for at least the next three months. Pick up free copies of the following information sheets at the Chronicle offices in Guyton Street.

One thought on “Detroit, Greece, Whanganui…”