It’s World Wetlands Day and we should remember these things about them. From the DOC website:

“Wetlands are areas where water is the primary factor controlling the environment and associated plant and animal life. They can be freshwater or estuarine (located at the coast with brackish water) or both!

Wetlands are where the water table is at or near the surface of the land, or where the land is permanently or temporarily (as with the tides) covered by water. Although once thought of as mosquito-filled swamps or bogs, wetlands actually perform many valuable functions.

Wetlands act like the kidneys of the earth, cleaning the water that flows into them. They trap sediment and soils, filter out nutrients and remove contaminants; can reduce flooding and protect coastal land from storm surge; are important for maintaining water tables; they also return nitrogen to the atmosphere.

In the past, those soggy areas of land were often drained and ‘put to better use’ but now we know they are essential and one of the world’s most productive environments. In New Zealand they support the greatest concentration of wildlife out of any other habitat.”

We have a remnant wetland on our property that has been overgrazed for many decades. It can be described as a compromised ecosystem. This is what it looked like last summer when we had been on the land just over a year. The image shows how our three cows have grazed the grass but not greatly impacted the central channel. 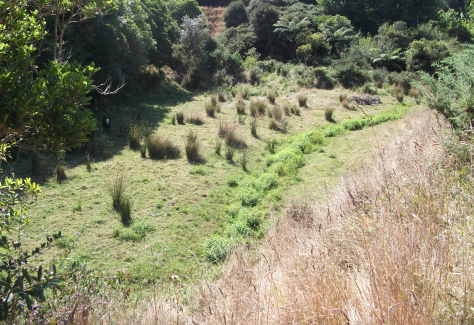 But not far away – just over the fence to a neighbouring property – it is evident how cattle can do extreme damage to stream banks. 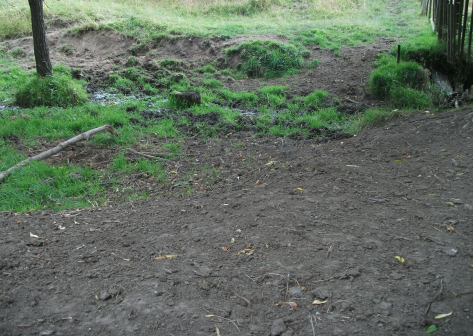 So the first step in wetland restoration and stream bank stabilisation is to keep the stock out.  These are our three ladies just over the fence from the photo above: our side of the stream is fenced but the neighbour’s is not. 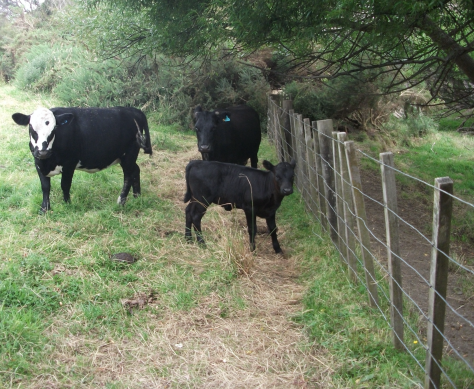 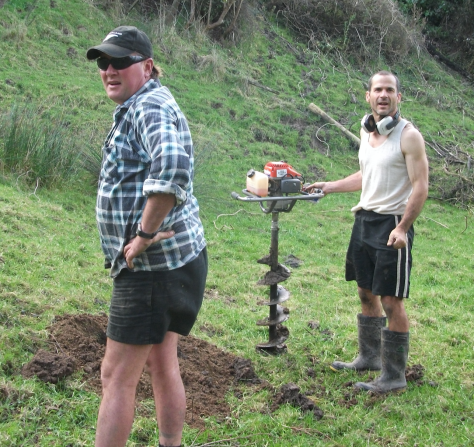 Lots and lots of fencing. 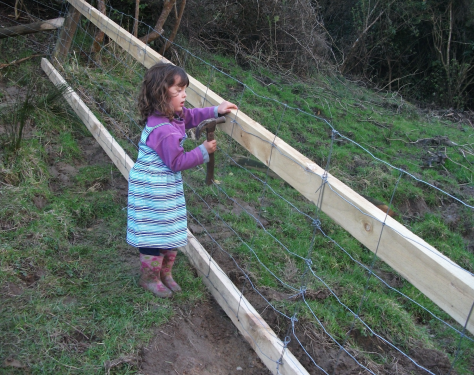 And the hazards of fencing. 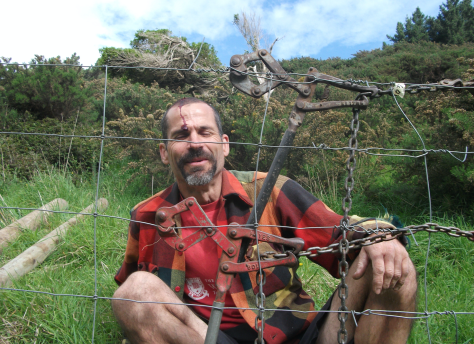 Next up is planting. Lots and lots of planting. We have had about 1,800 native plants donated to the restoration project, which covers about two acres of land along almost half a kilometre of stream. 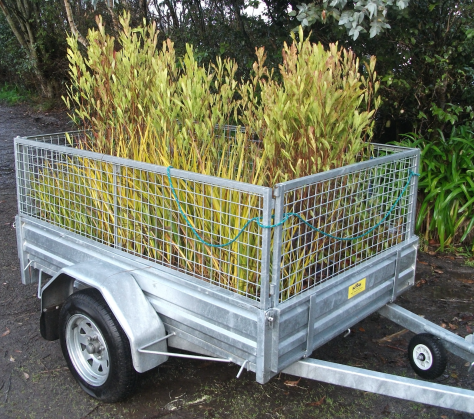 We have had a number of working bees: all spades on deck! 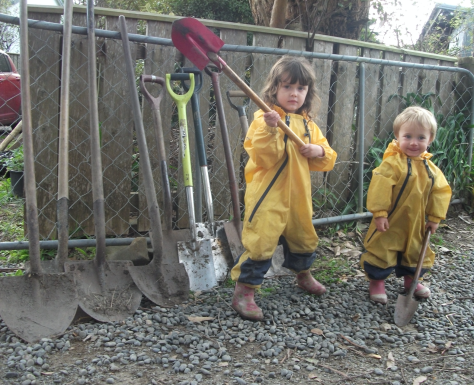 Two school groups have come for planting days this spring. Here is Tupoho on the 1st of September. 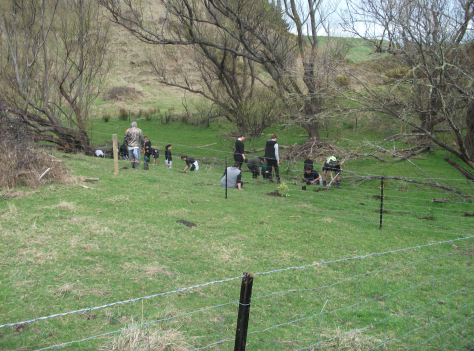 Community members have come up for another planting day. Here is a group during Whanganui Permaculture Weekend in mid-September. 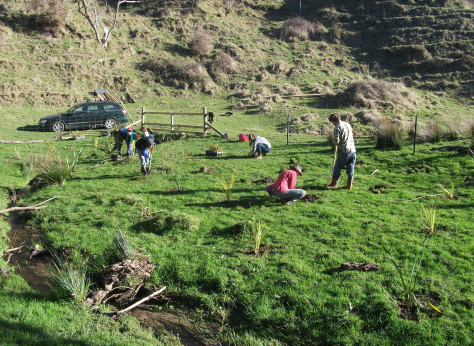 Because we got our plantings in at the end of the winter planting season, our interns have been consistently tending the plants this summer – making sure they are watered and weeded. 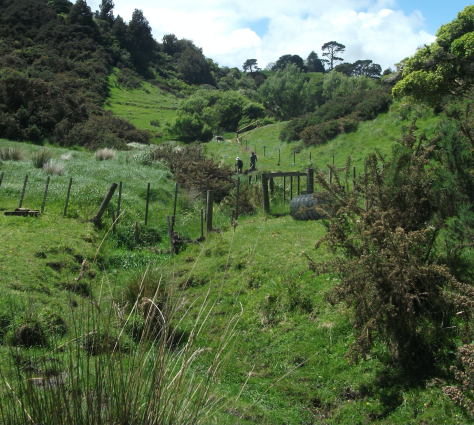 Thousands of dollars and hundreds of hours have been invested during the last six months. These efforts are about making a brighter future. 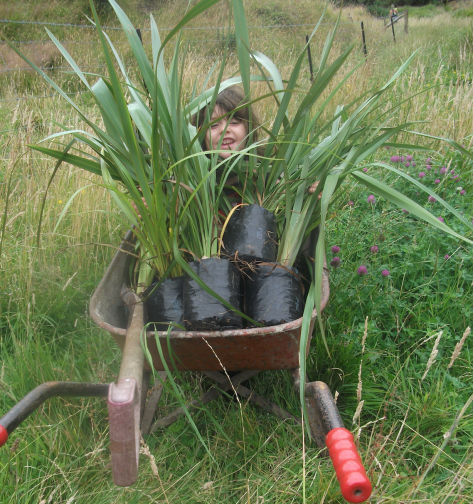 Wetlands are critically important for water quality, wildlife habitat and reducing the impacts of flooding. Celebrate the value of wetlands today.