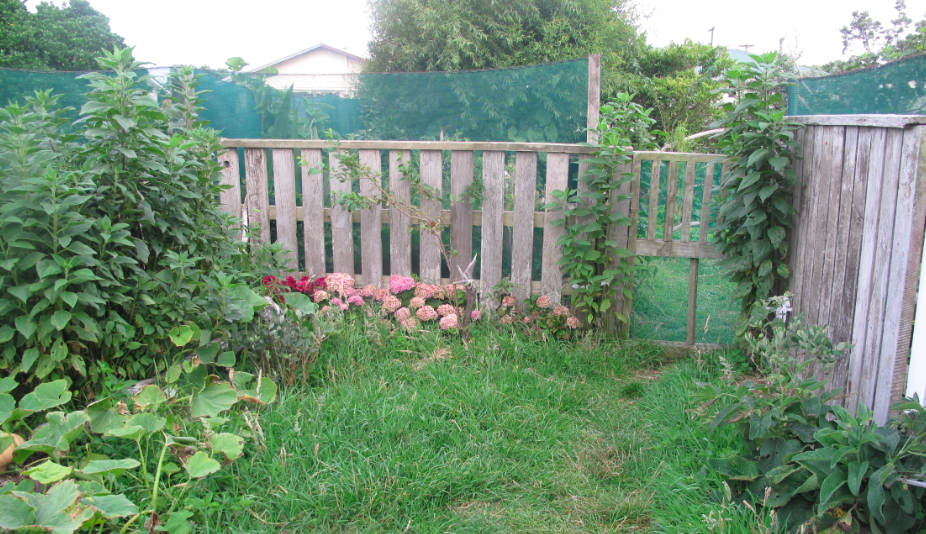 Last week I marked the three-year anniversary of the arrival of our first two interns, John and Amy. That was an opportunity to share the story of the transformation of what was once a chimney in Gonville into our brick patio in Castlecliff. 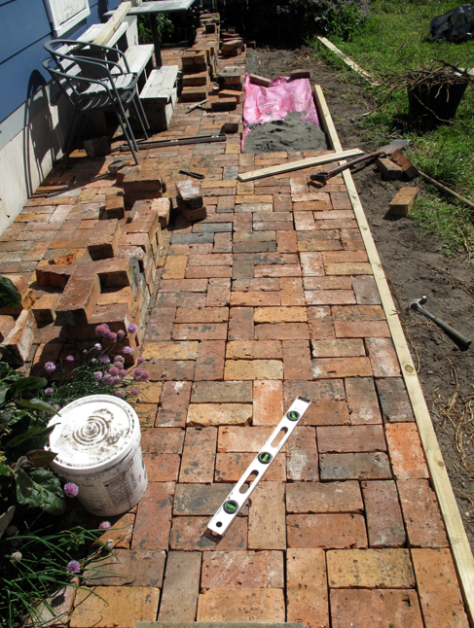 It was also a chance to talk about transformative learning, a process by which many adults undergo a profound change in the way they view the world. In order to undergo such a major shift of thinking, learners need a nudge, which can come in the form of a ‘disorienting dilemma’ or a ‘cognitive crisis’.

In other words, something happens that renders unsatisfactory their current way of thinking. An easy example of this is a diabetes diagnosis that may force a change in ones view of diet and exercise. Other examples include the loss of a job or the break-up of a marriage. It should not be hard to recognize that these would alter ones perspective on financial security and relationships.

For many people in the sustainability movement, transformative learning is sparked by a slow but cumulative body of evidence indicating that the current state of the world is unsustainable. Literally, it cannot be sustained. Trends in everything from ecosystem health to energy supplies to extreme weather events to income distribution show that we are headed for volatile times ahead.

As such, the prudent and conservative thing to do is to look for systems on our planet that are more sustainable. For example, a forest ecosystem experiences a dynamic balance of plant and animal populations as well as materials recycling.

Observing such systems has led to the development of eco-design strategies such as permaculture. As one would expect, many adults experiencing a ‘cognitive crisis’ about the damage that Western consumer culture is inflicting on the planet and many of its people turn to permaculture as an alternative worldview.

Because I knew John-the-intern before he came to us three years ago, I expected that he was already well on his way to developing an alternative worldview. But Amy came to us more or less as a stranger. When she left many months later, not only was she a friend, but also a young woman on a mission. 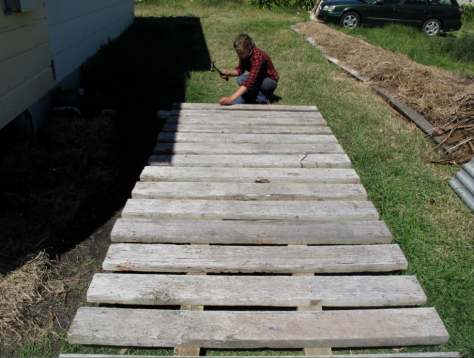 For Amy, it all started when she picked up a hammer and built us a fence. This was an empowering experience for a number of reasons. First, and most importantly, she chose the project herself from a long list of options. Second, I set her up for success by providing enough structure that the project could be accomplished with her limited building experience at the time. Third, it looks awesome! 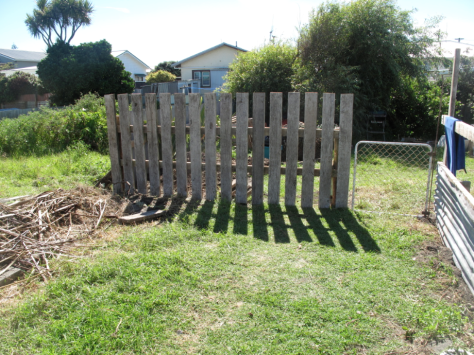 In the same way that John transformed a chimney into a patio, Amy transformed our former deck into a beautiful and functional fence. Also like John, her experience served as a steppingstone along a path to a more sustainable worldview. Two and a half years after she left us, that path recently led Amy to the International Permaculture Congress in Cuba in December of 2013. 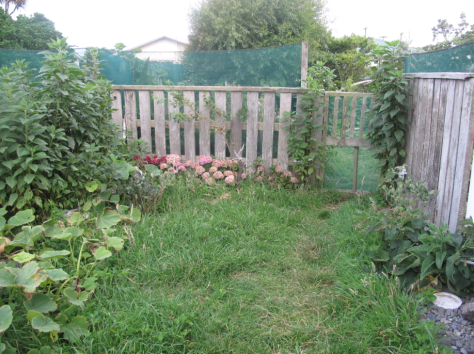 Interesting how transforming our little villa here in Whanganui has helped transform a few young minds along the way.