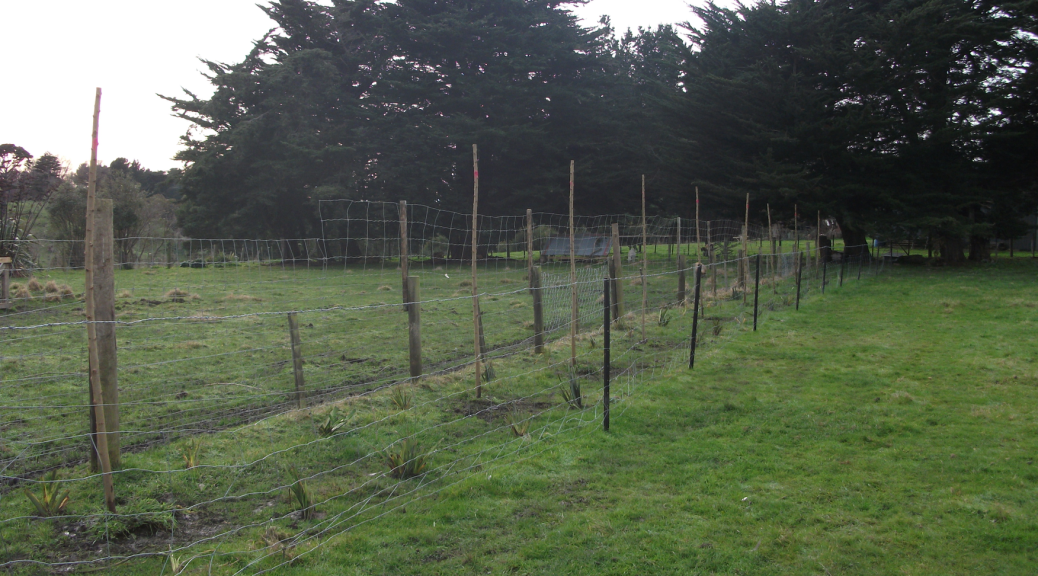 Our Australian neighbours have recently gone to the polls, and the UK’s infamous Brexit referendum is still playing out post voting. And of course the American polls open on 8th November for a historic decision whichever way it goes.

At Kaitiaki Farm we have gone to the poles in a very different way: poplar poles. 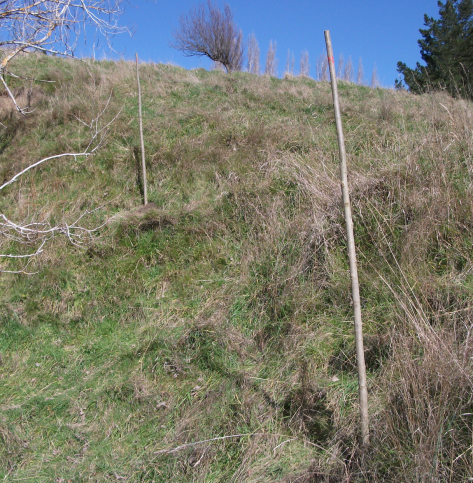 For the second year in a row we have planted poplar poles to hold vulnerable slopes and prevent slips. Here are our interns, Kelly and Patrick, ramming poles last year. 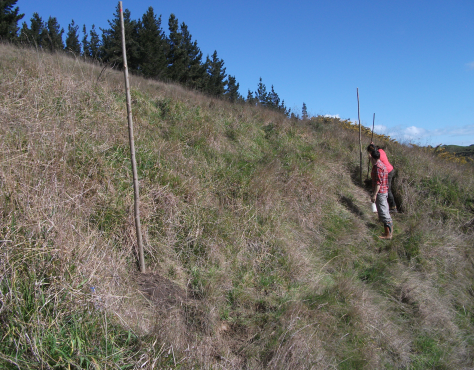 Poles are planted 600 mm to 700 mm deep and it is critical to pack the soil tightly around the base of each one.

Here is a slip that occurred last winter during especially heavy rains. We had been on the land less than a year at that time. The slips were a wake up call. This slip now has 18 poplar poles in and around it.

At the time of the slips we had ordered poles from Horizons Regional Council but had not planted them yet as the storm occurred in early winter. Kelly and Patrick and I planted the first 20 poles in late August. They take about seven years to develop a sufficient root mass to hold slopes, so the sooner they are in the ground the better.

Below is this year’s order of 30 poles that were delivered by Horizons a month ago. The three metre poles cost $7 each.

They need to be soaked for a week first to ensure they take up plenty of water before planting.

We planted nine poles as a wind break between two paddocks at the top of the property where it is relatively flat. Our intern, Weis, dug the holes by hand relatively easily. I put the poles in the ground last week.

This weekend I hired a post hole borer to put in some new fences for our wetland restoration project, and took the opportunity to drill another 21 holes for the rest of the poplars.

On Saturday I drilled 35 holes into heavy clay soil. I have not been so bone tired in a decade. 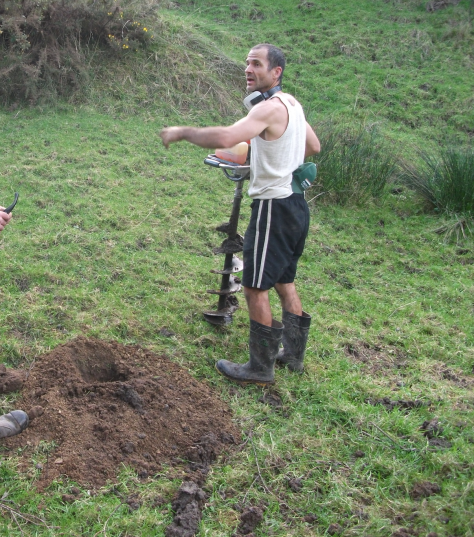 It is not an easy thing to carry up and down hill all afternoon, but the borer got the job done and was back at the hire shop fully cleaned before 5:00 pm.