This is a guest post written by Mario, an intern from Chile, who has just completed his Permaculture Design Course here at The ECO School.

Usually, travellers from rich occidental countries who visit places like India, end up being more thankful for their lifestyles after seeing how people live with so little.

“I really wish that they could access to the same opportunities as me” was one of the quotes that I will never forget, said by an American girl while traveling around the Rajastan state, considering how radically different her life is compared with most of the people in that region.

And don’t get me wrong, I know that she said it with the best intentions (and I even agreed with her back then), but years later and after researching about our current environmental crisis, I have realized that if the people of India lived like most of us, the world would be in an even bigger crisis than the one we are facing right now. So maybe our planet would actually wish for us to live a little bit more like the people from India instead. Funny ah?

For some people, cooking with gas, owning a car, and changing their smartphones every year, is being part of “The bright side of the World”. But the truth is that the abuse of these technologies is absolutely part of a non-smart and non-sustainable lifestyle, because most of them use non-renewable energy that is destroying our planet.

An Appropriate Technology is any device that takes advantage of renewable energy in order to work and also have a long useful life. Here at Kaitiaki Farm you can see many examples such as solar cookers, manual power tools for gardening and rain water collectors, among others.

My personal favorite example of an appropriate technology is a bicycle. I think it has so many benefits against a motorized vehicle. It takes you from one place to another using human energy which allows you to exercise. If you use it in the city it helps you to avoid car traffic, saves you lots of money in gas, produces no air pollution, reduces your footprint and is part of a non-stressful lifestyle.

Appropriate Technology allows us to live ethically, be resilient, save money and be prepared for catastrophes.

And no, I am not saying that India is even close to be a perfect example of a society, but maybe this controversial article can make us consider changing our perception of what a first world country should be like, basing it on societies with smart and ethical consumption of our natural resources, instead of the ones with more people accessing motorized vehicles, new phones every year and all other kind of garbage products that increases our footprint damaging our planet. We’ve had challenging weather the last nine months: a record wet winter and now eight weeks with essentially no rain. This is exactly what climate change looks like and it’s extremely stressful for those in agriculture. Nonetheless, we’ve managed to get an annual garden in and we’re minding our 200 fruit trees carefully. 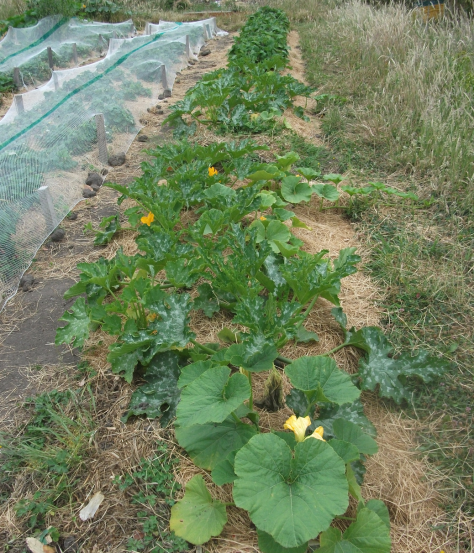 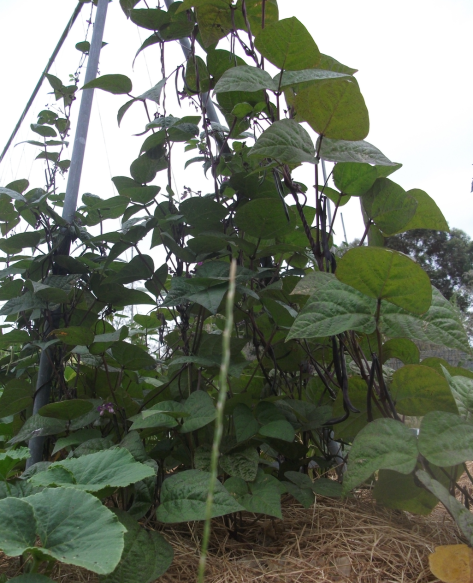 The corn is thriving in this hot, dry weather.

We can’t pick and eat the strawberries fast enough.

The same will soon be true of plums.

Trees are laden even after significant thinning.

Not so many peaches this year, but we look forward to a better peach season next year.

We’re approaching 100 ducklings on the farm with more on the way.

Sadly, it’s been our worst growing season for garlic. It was on track to be the best but rust set in during the last five weeks and stunted growth right when it is most important. It’s hugely discouraging to put in so much effort and not achieve the yield I was expecting.

But in a world of climate change, this is ‘the new normal.’

3rd – Workshop Blitz: Backyard Chickens; Organic Gardening Master Class; Innovative cookers and dehydrators. 90 minutes each. $20 each or $50 for all. I have been meaning to build a farrowing crate for about six months now, but it turns out my boar has been sterile. We got a new boar so the clock is ticking. I built this farrowing crate in about an hour.

I got the idea from a colleague at work and then did an online search, which brought up this article.

The tyre came from a Kindy – that’s why it’s painted pink and purple.

I followed the advice in the article from the Farm Show magazine.

Pretty easy to cut the sidewalls.

Not so easy to cut through the treads.

All set for a mum and her bubs